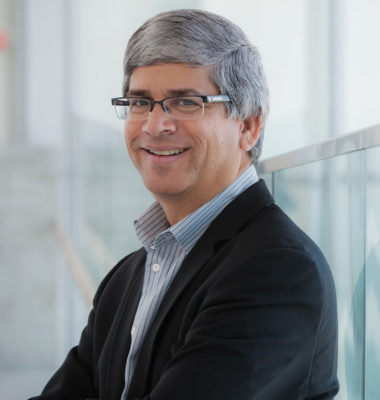 Lakshmi N. Yatham is a Professor and Head of the Department of Psychiatry and Director of the Institute of Mental Health at the University of British Columbia in Vancouver, Canada. He is also the Regional Head of Psychiatry and Regional Program Medical Director for Mental Health and Addictions at Vancouver Coastal Health and Providence Healthcare. He has an executive MBA in health care from the Sauder School of Business. Dr. Yatham has held leadership positions for national and international professional organizations including the President of the International Society for Bipolar Disorders, the Secretary for the World Federation of Societies of Biological Psychiatry (WFSBP), and he is now the President of the WFSBP and the Editor in Chief for the Canadian Journal of Psychiatry. Dr. Yatham was listed in the Clarivate Analytics 2017 to 2019 reports and Thomson Reuters’ reports on “World’s Most Influential Scientific Minds -2014 and 2015” as one of the most highly cited researchers (publications with top 1% of citations) in psychiatry/psychology in the world based on research published since 2002.

Dr. Yatham’s major areas of research interest include neurobiology and treatment of bipolar disorder and major depression. Dr. Yatham has received a number of awards during his career including the Michael Smith Foundation Senior Scholar Award and NARSAD Young and Independent Investigator Awards for research, Distinguished Medical Research Lecturer Award from the Faculty of Medicine at UBC for his research contributions, Mogen Schou Award for international education and advocacy on bipolar disorder from the International Society for Bipolar Disorders (ISBD), South Asian Forum Internationale Award for his contributions to psychiatric research in the developing world, Heinz Lehman Award as well as the Canadian College of Neuropsychopharmacology Medal for his contributions to psychopharmacology, John M Cleghorn Award for excellence in research and leadership from the Canadian Psychiatric Association, Frank and Kupfer Award from the ISBD for distinctive and sustained contributions to the field of bipolar disorder, Gerald L Klerman Award from Depression and Bipolar Support Alliance in the USA for significant contribution towards advancing causes, diagnosis and treatment of mood disorders and the Colvin Research Prize in Mood Disorders from the Brain and Behaviour Foundation in the USA for his outstanding contributions to research in mood disorders. Dr. Yatham’s work has been funded by many peer-reviewed funding agencies such as the Canadian Institutes of Health Research (CIHR), Canadian Psychiatric Research Foundation, Stanley Foundation, and National Alliance for Research on Schizophrenia and Depression, USA. He is a member of the College of Reviewers of Canadian Institutes of Health Research (CIHR), was a chair of the Michael Smith Foundation Clinical Scholars Committee and has been a reviewer and a committee member of other peer reviewed funding agencies such as the CIHR. He is a member of the Scientific Advisory Board of the International Bipolar Foundation, Depression and Bipolar Support Alliance and Dauten Family Center for Bipolar Treatment Innovation at Massachusetts General Hospital in Boston.

Dr. Yatham has a google scholar h-index of 76, and he has published over 320 papers in peer-reviewed international journals including in high impact journals such as Lancet Psychiatry, Molecular Psychiatry, Archives of General Psychiatry, American Journal of Psychiatry, World Psychiatry, Biological Psychiatry and British Journal of Psychiatry. He has edited books and written a number of book chapters including a chapter on Treatment of mood disorders for the current 10th edition of the Kaplan and Sadock’s Comprehensive Textbook of Psychiatry. Dr. Yatham is a sought after speaker and has presented his research work at numerous international conferences. He has edited journal supplements and top selling books on bipolar disorder. He co-led the development of Canadian guidelines for treatment of bipolar disorder in 1997 and his group revised the guidelines for 2005 with International Commentaries. The CANMAT guidelines are widely used for treatment of bipolar disorder around the world as these are updated and published every 2 years in Bipolar Disorders Journal. The most recent full version was published as CANMAT and ISBD guidelines in Bipolar Disorders Journal in March 2018. These guidelines are highly cited with the 2013 version receiving over 800 citations. He is the Chair of the bipolar group of the Canadian Network for Mood and Anxiety Treatments (CANMAT), and is actively involved at a national and international level in continuing medical education and public education on diagnosis and treatment of bipolar disorder for psychiatrists, family physicians, and the general public. In addition to being the Editor-in-Chief for the Canadian Journal of Psychiatry, he sits on the editorial boards of a number of journals including Bipolar Disorders, World Journal of Biological Psychiatry, Journal of Affective Disorders, Acta Neuropsychiatrica, Australia and New Zealand Journal of Psychiatry, Human Psychopharmacology etc.

Apply to be a full or associate member of the Centre.